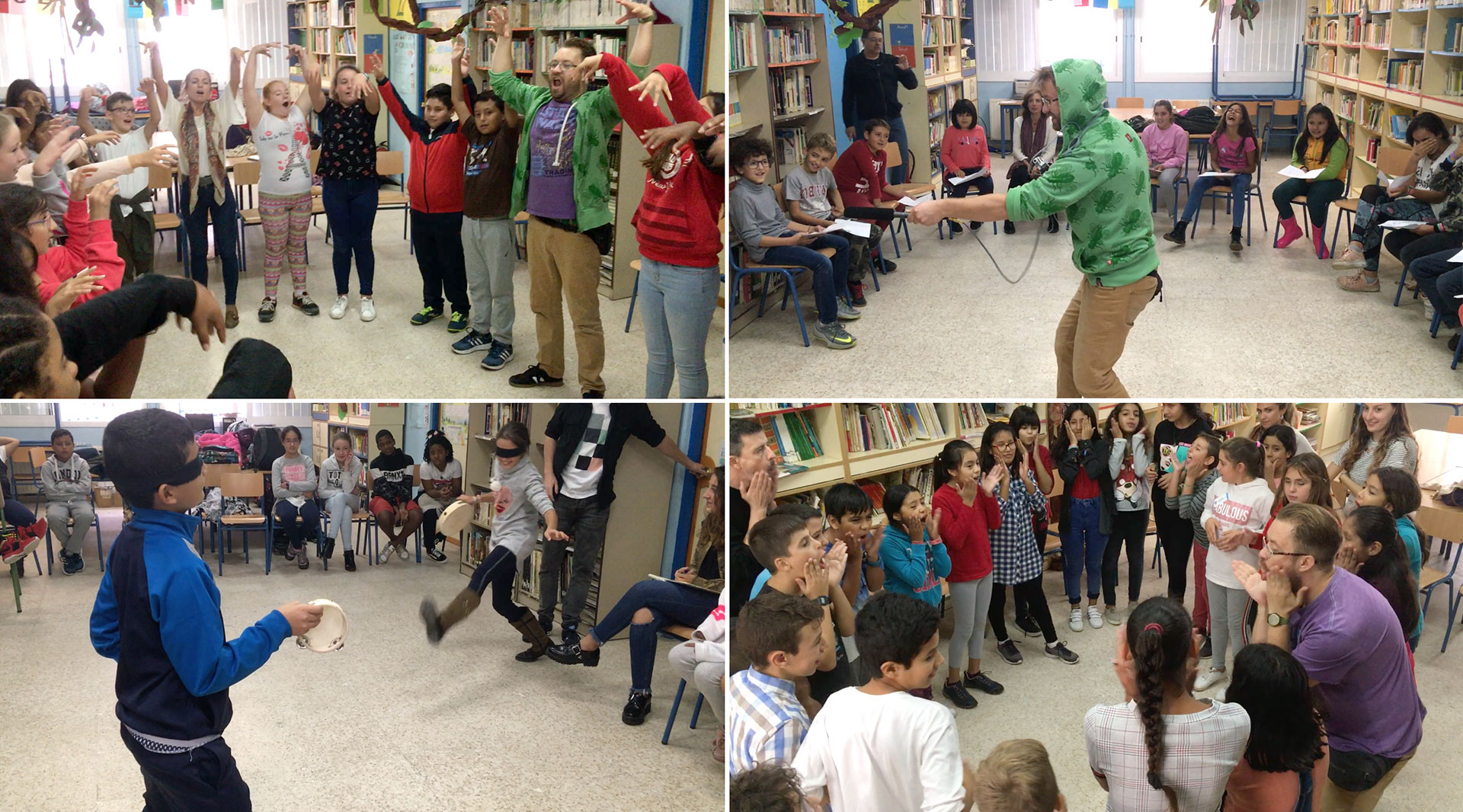 Participants of "Audio-letter" research action were children from elementary school in Seville and in Warsaw. Musician and performer Sebastian Świąder in collaboration with the artistic collective Antropoloops represented by Rubén Alonso and Fran Torres invited them to exchange questions and answers between two countries using a tool of audio-recording and a tape as a physical letter circulating between a school in Spain and in Poland. The recording made in Spain included questions which were answered by children in Poland, then children in Poland recorded their questions to children in Spain. Thanks to this, the team tried to understand how the intercultural relationship can be shaped by young residents of Europe.

When we listen to the audio-recording of the action we feel how much cultural, linguistic and geographical differences can drive curiosity, interest and lead to active search for a transcultural contact. How ignorance and lack of knowledge of the realities in which other people live does not have to be recognised as a lack but as an opportunity – notebook of blank pages which have desire to be filled in by words from foreign languages.

The action was so inspiring for their creators that they have decided to continue and develop an audio-letter methodology. As representatives of Antropoloops collective notice in their summary of the research: “Taking advantage of a previous collaboration channel of the school, we are going to continue the »trip« in the second trimester, through a collaboration with the Tamer Özyurt school İlköğretim in Istanbul. The school is located in the district of Esenyurt, in the European part of the city, an area with a large migrant population (Syria, Egypt, Congo, Iran). The aim is to make a musical exchange between the students: we are working on it. And perhaps, at the end of the year, to make a piece of remix between the students of Istanbul, Warsaw and Seville... Let's see!”. Solidarity knows no geographic, linguistic or cultural borders.