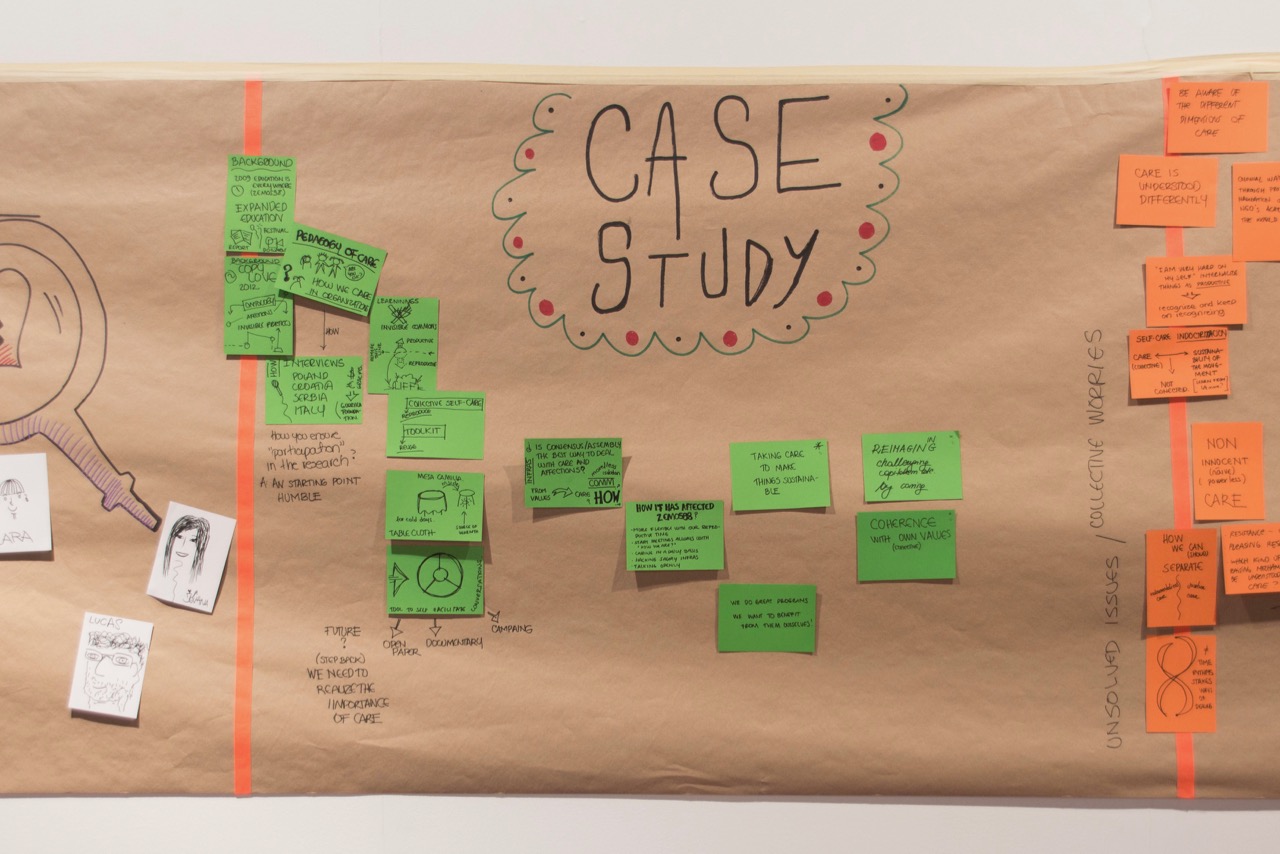 This project emerged from the previous experiences of Rubén Alonso and Fran Torres exploring the integrating potential of music with the children of San José Obrero school, in collaboration with Sebastian Świąder (who works as a theatre educator and culture animator, involving people in creative musical, theatre and participatory processes).

As a result of their meeting with Sebastian Świąder, Rubén Alonso and Fran Torres decided to continue their relationship with the San José Obrero school and follow up with exploring ways how music could contribute to integration, but this time on the international level. Having consulted teachers from both schools, Alonso, Torres and Świąder decided to organize a musical exchange of sounds and questions between Warsaw and Seville. Two distant cities, two completely different facilities, young people of similar age, mutual curiosity that can be satisfied only by asking questions, making recordings and pricking up your ears.

At first the creators organized a series of workshops in Seville where they invited the kids to join them in the action aimed at meeting somebody “other”, somebody their age, but from a different part of Europe, from Poland. “What would you like to hear from the world of kids living in another country, what would you like to ask them, how would you introduce yourselves and your world using sounds?” was the question workshop managers asked their young associates. They used their wishes as a starting point, and together generated a list of issues they were interested in and recorded an audio message, a sort of original radio show that was supposed to present their story and encourage further communication.

Their idea of the remote Poland, the thought that there are people of the same age living in another country, attending schools, dealing with their own problems, joys and customs, turned out to be extremely stimulating and inspired them to fantasize, which eventually gave rise to a series of questions: “What is the sound of your school bell? What is the sound of your voices? Of your breath? What does your teacher sound like when he or she tells you off? What does your school corridor sound like? And your homes? Your laughter? What is your favourite music? What are the voices of your friends in the playground?” Young Spaniards recorded their questions on an audio tape that they later sent to Poland, where the Bullerbyn school students prepared similarly their own list of intriguing issues. “What do animals in Spain sound like? What is the sound of wind, rain in your city? What games do you play? What do advertisements sound like? What songs are your earworms?” Such questions inspire universal ideas, while at the same time they allow you to cross boundaries of intimacy.

The voice itself, as the only sign of presence, also creates opportunity for a specific kind of a meeting: very close, because connected with the sense that has an immensely strong effect on your imagination and is traditionally associated with self-expression, while on the other hand, an indirect one because of the recording, which to top it, all was made on an archaic, quirky medium. This combination of closeness and strangeness, familiarity (introduced e.g. by questions about everyday life, things connected with their mundane life experience) and exoticism (an audio cassette, sound of the unknown language) turned out to be the key to mutual curiosity and creative tensions driving the work. This red cassette travelling across Europe became the vehicle of children’s curiosity and imagination.

The question of imagination as the key component of the anthropological approach that facilitates not only meeting with the “other”, but also understanding him or her was explored by a Polish cultural anthropologist, Andrzej Mencwel in his book The Anthropological Imagination. He believes that imagination is what helps us “open our eyes, direct our look, focus our vision” in a way that lets us see subjects in others. Imagination inspires will to know the others better, it suspends any and all judgement, lets us be with the other side by side.