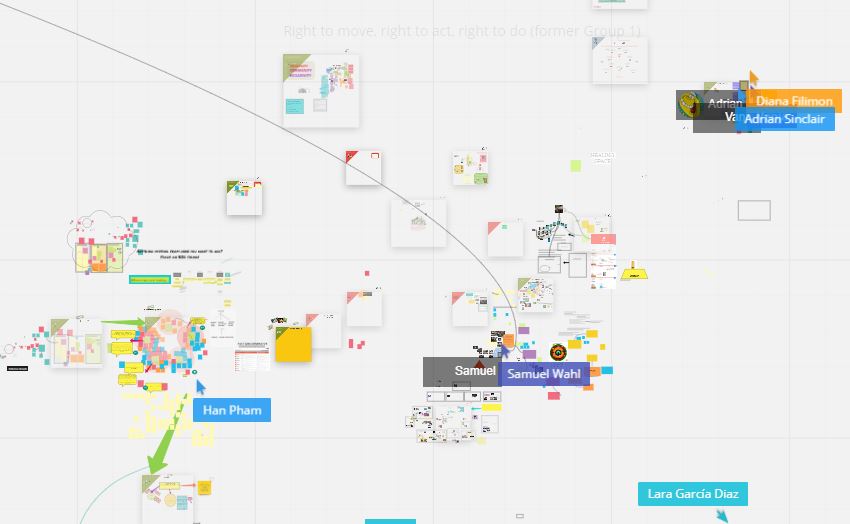 This project was supposed to happen in April 2020 in European Capital of Culture Rijeka, Croatia – but nobody could expect the COVID-19 pandemic. This prevented the participants to work in person and explore the city in person, but it also offered a way to make this project work in digital environment.

Using platforms such as Zoom allowed the participants see each other daily and communicate, run meetings and presentations. Groups also worked on an app called Miro which let them write, make notes and even draw whatever they wanted. It was a way to get all the ideas out and visible so others could comment and criticize, communicate and come to conclusions which would benefit the end result. CLE city was made on Miro and it provided people with a way to enjoy a digital city and make whatever they want out of it. It even had a beach, kitchen, media room and a main square which made the hole experience even more immersive.

How did Culture Lab Europe – Spaces for solidarity groups manage to connect and work in a digital space?

Over the past few days we followed the groups work in Spaces for solidarity of the Culture Lab Europe and learned more about how they manage to work in a digital space from their home. Despite minor technology issues that occured, all of the participants found their way to communicate with others and work on the ideas they had. By observing  the groupwork, we found the working environment was very relaxing and motivating, participants were making jokes and sometimes you could even see someone's child in the screen. All of this has its pros but also cons. Some or all of the groups had some technology issues - some participants didn't have a good connection due to their remote locations (ie being on an island that only has 3G connection) and some of the participants couldn't be there for a full meeting because their obligations like their paying jobs work assignments or family duties.

Informal events weren't much different than the formal ones – for example we can take the informal event where group shared their favourite recipes, talked about food, making jokes, sharing personal stories but also important subjects concerning their work. 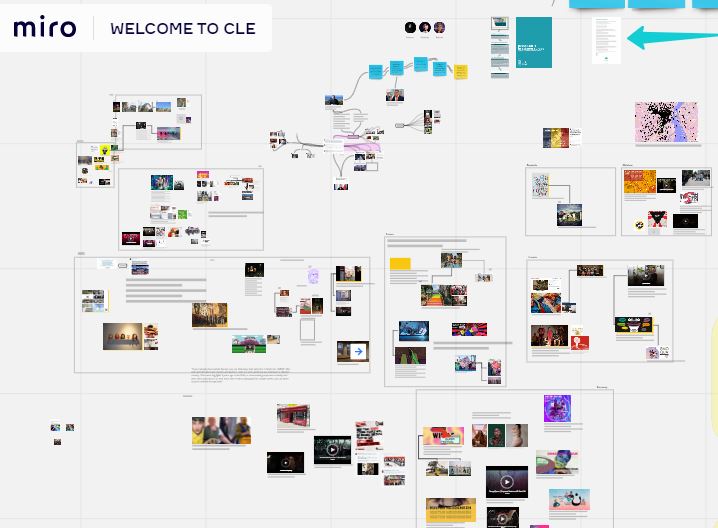 Even though it was quite a challenge for the participants of the groups we couldn't forget to mention the media team members. They also worked in a different environment and the only thing they had was their keyboard and recorded presentations and meetings of the group work, due to limited time participants could put aside for media content production.

CLE City members proved that anything can be done with a little bit of motivation and dedication, with knowledge and open mind.

In conclusion, digital work has its advantages and disadvantages and participants of the Culture Lab Europe – Spaces for solidarity tried their best to be on the top of stuff and try to make this project work. Maybe digital workspace isn’t that bad after all, maybe this is the future that’s waiting for all of us.