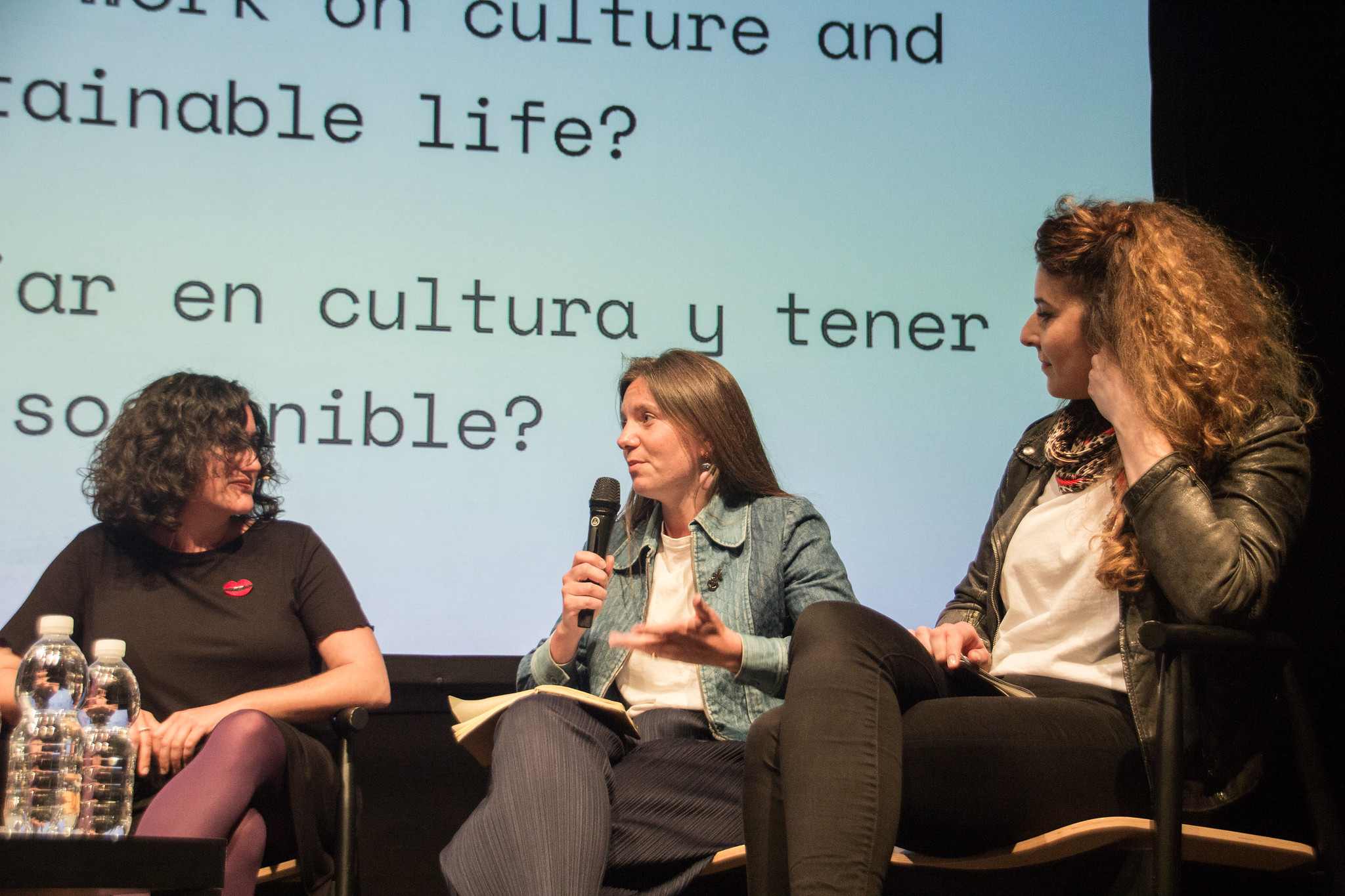 Similarly to how educational institutions may not put their values and ethics into practice, the reality of institutions of culture and art, as well as organizations dedicated to social change, is that their values may not necessarily be translated into the way they are organised.

The dissonance between the modus operandi and the contents is like a blind spot. It often remains out of sight. What represents the essence of work in the given institution, its main mission statement, the set of values and addressed issues, very often is not implemented in production structures. Theatres producing plays on social justice operate using extremely unjust mechanisms.  Progressive institutions aimed at civic society development struggle with insufficient transparency in management and lack of any internal democracy. Small organizations work on permanent take-off run, always lagging behind, uncertain, giving in to a grantosis, losing their marbles out of fear whether they will be able to maintain their open undertakings on one hand, and pay wages to their employees on the other. At the same time, they carry out projects to persuade participants about the need to look after themselves, about the value of subjective choices and that “less is more”, as the popular catchphrase assures. Can anyone imagine a more overwhelming schizophrenia? Almost all institutional cultural centres work based on habits that are a sort of default system setting. Work procedures and methods are full of contradicting and unfair rules that become translucent, absorbed by the blood flow of the system, operating on the routine level.

As a result, nobody has any first-hand experience of emancipation here, however, we always insist that we do what we love. Maybe we don't feel the cognitive dissonance, maybe we believe that this is the price to pay for this unusual privilege. How can it be changed? How do you keep your enthusiasm stemming from the sense of mission and absolute involvement in produced values and keep a clear head, not forgetting about your own needs and ambitions, not giving up on your basic sense of security, to put it plainly? Is it possible to work in dignified conditions in culture? Can we empathize with ourselves, knowing that we need both bold visions, as well as to be able to pay our bills without the recurring end-of-the-month anxieties? Are we able to create such ways of working that will be the best artistic and social project on its own talking about justice, equality and balance?

Miya Tokomitsu - In the name of love