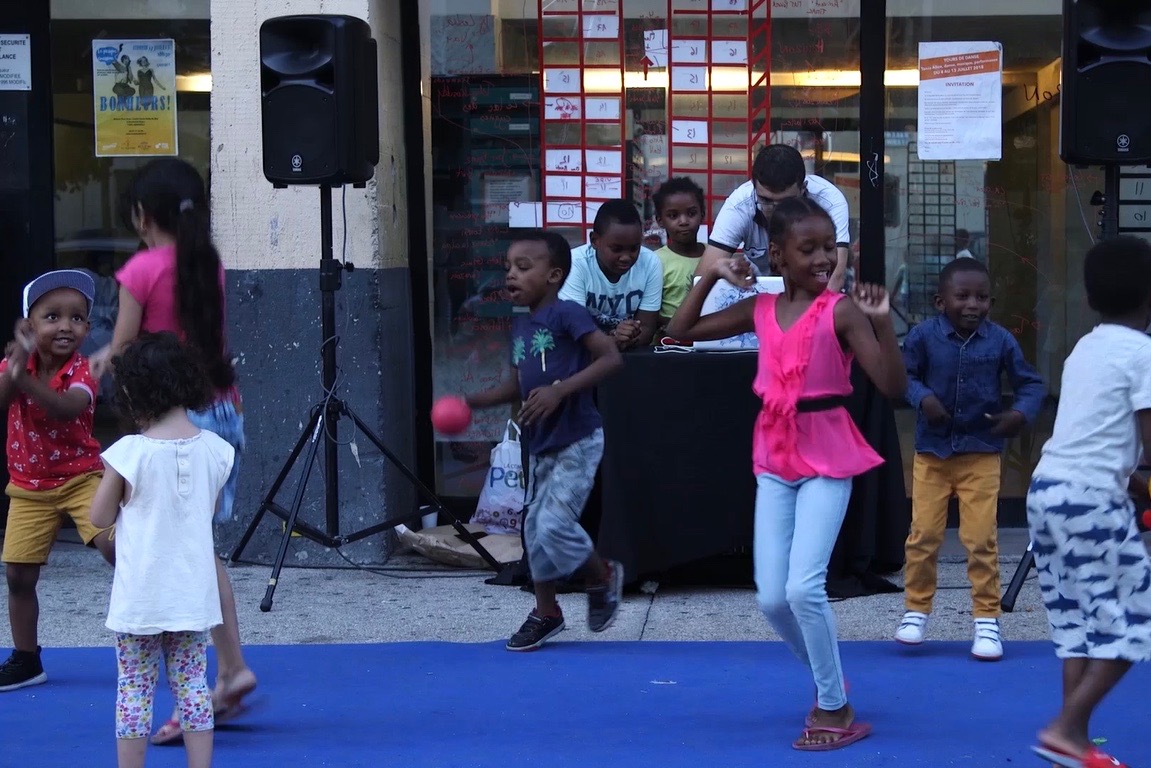 Dancing with the neighbours – II

"The act of walking is to the urban system what the speech act is to language or to the statements uttered. At the most elementary level it has a triple “function”: it is a process of appropriation of the topographical system on the part of the pedestrian (just as the speaker appropriates and takes on the language); it is a spatial acting-out of the place (just as the speech act is an acoustic acting-out of the language); and it implies relations among differentiated positions, that is, among pragmatic “contracts” in the form of movements (just as verbal enunciation is an “allocution”, “posits another opposite” the speaker and puts contracts between interlocutors into action). It thus seems possible to give a preliminary definition of walking as a space of enunciation”

If walking is enunciation, then dance you may treat as an utterance that generates greater momentum, is more audible, more complex, makes the individual present, lets him or her individually define their place in space, take their place and leave their mark. When walking and dancing in the urban space the artists assigns relevance to simple elements of everyday life, this is where her presence and utterance are manifested. In this undertaking solidarity (although the word does not occur in Alice's essay too often, still she examines it, redefines over and over again using synonyms) entails creating similar space for Bel Horizon residents for their self-expression and giving meanings to their gestures, appreciating the importance of their activities. They dance, while she brings out the meanings, keeps up the dramaturgy, enhances their voice.

As Tania Alice emphasizes, “My role as the artist is focused on discovering the field of autonomy of the participants. [It happens through] listening, making their ideas audible again, touch, unveiling their visions and thoughts.” Solidarity here is understood as giving space and opportunity for being present and being-with. Descriptions of meetings with the residents are moving examples of “making the voice resound”. Just like when the artist is dancing with Hamsa, an autistic boy, who selects reggae music and an energetic song Karma by Naâman. “Reggae is the only word he can say”, Alice emphasizes. In this dance there is space for an equal, strong performance of a person who is very often socially considered to be different, silent, even mute. By dancing the boy has the chance to express himself in the language that is fully available to him: the language of movement.