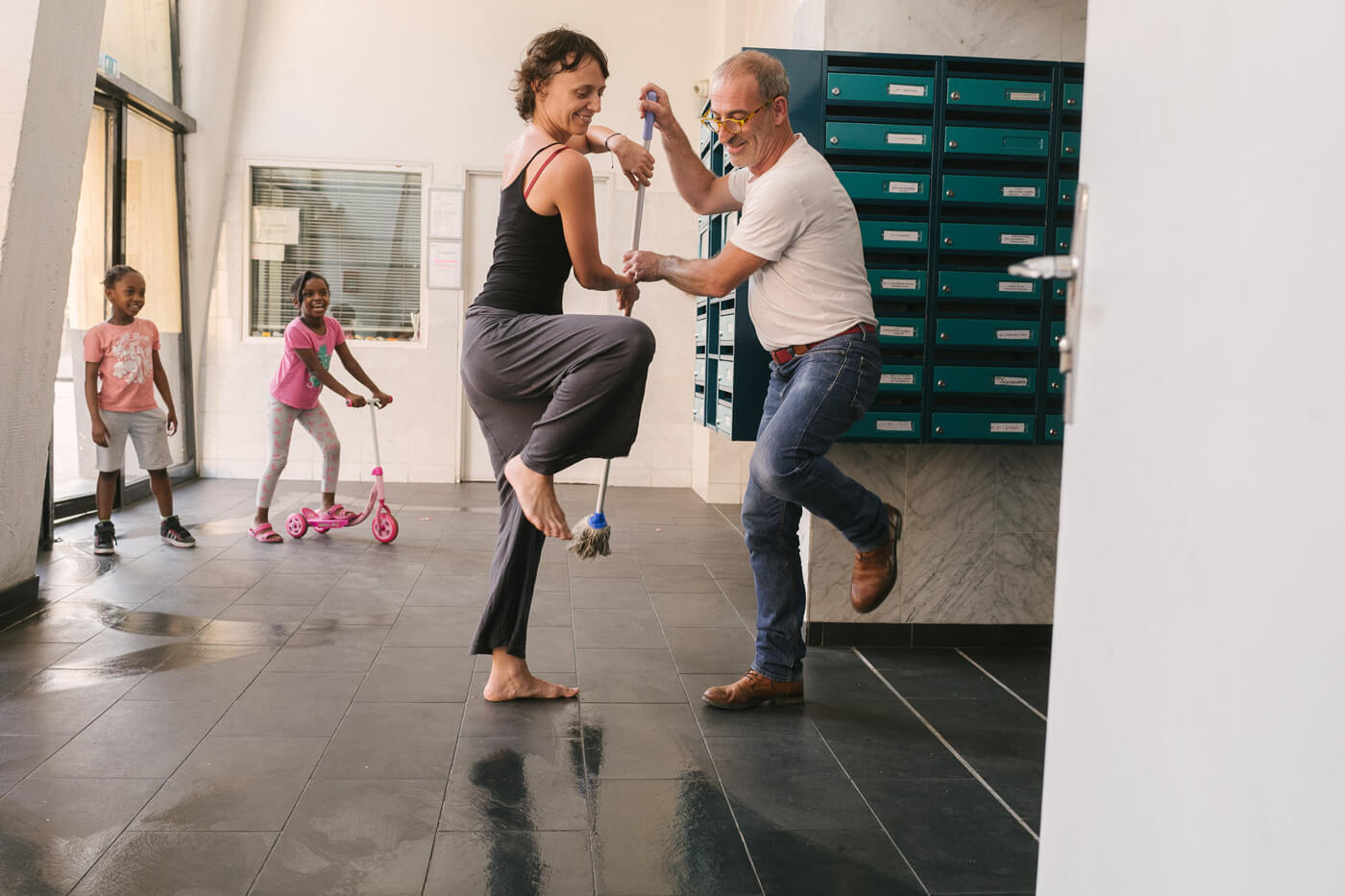 The artist invited residents of Bel Horizon to participate in her action: she asked them to choose their favorite music and to dance together with her. Day after day, she danced individually or in small groups with neighbours, in their flats, or in the corridors of the block. Some of the participants taught Alice the steps, invented the choreography. The whole operation was documented on the film made by Daniela Lanuzsi. In the hall of the building, Tania Alice laid out a block diagram that gradually filled with photos of dancing people. The pictures were pasted into bars corresponding to the apartments, which referred to the form of the Advent calendar. The highlight was the joint dance fair, which took place in front of the block at the end of the project. Tania Alice wrote an essay entitled "Solidarity Dramaturgies" which in the form of a journal and love letters describes the course of the project, and also reveals its emancipatory and solidarity perspective.

In the case of "Tours de danse", we want to draw attention to dance as an artistic format with a special solidarity and creative potential. The decision to dance in a situation where you are being watched and filmed, is a great courage, showing willingness to reveal yourself in your emotionality, in your limitations. The moments however in which the dancers relax and enter into a kind of organic flow one can witness an unprecedented bond between the dancers, but also the impression of certainty, contentment and power.

Dance is much more democratic than discourse. "If you know how to walk, you know how to dance!" says Alice to one of her interlocutors. It is in dance that we can get out of the role, get closer to others, cross loneliness, pass from passivity to activity. This is where community-creating power of dance lays. The French philosopher Jacques Rancière, cited by Talia Alice, claimed that the dancing community is an emancipated community – it frees itself from passivity, frees itself from the hierarchy. It strives towards an unifying experience which blurs power relationships or interests. Hence, probably the famous slogan of Emma Goldman, feminist and activist: "If I cannot dance, it's not my revolution!". And that's why Tania Alice concludes her essay "Solidarity Dramaturgies" with the words: "It may take a while, but until then, it will be a performance, it will be a dance and it will be revolution. Our revolution".

Video by Daniela Lanzuisi (in French with English subtitles)