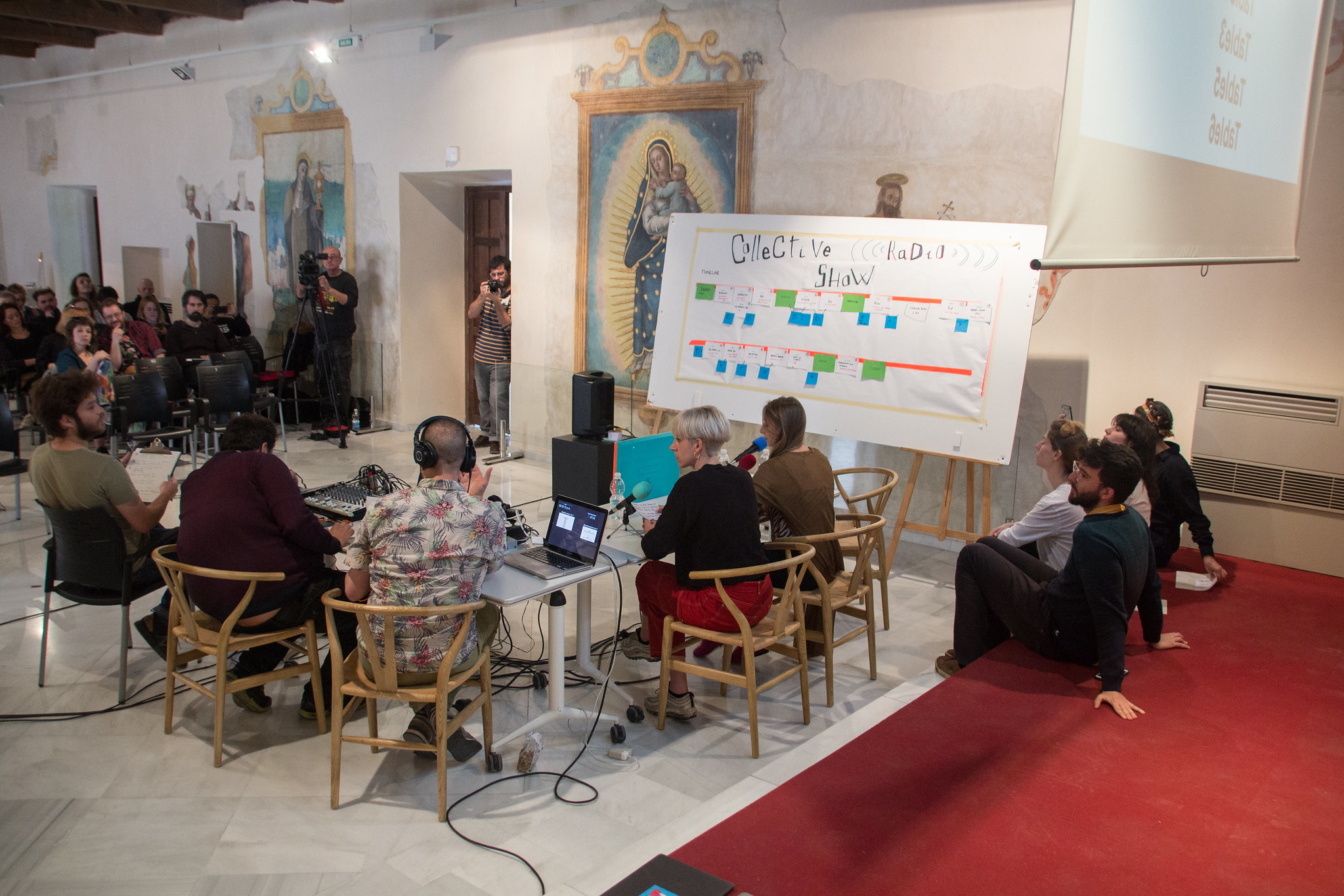 Pola Rożek, a researcher and culture animator, with the support of Ukrainian artist Pavel Khailo and Moldovan researcher Kirill Semionov, reconstructed three strategies of transforming public space for the common-good. These reconstructions were based on research that studied gestures of solidarity at the Ciokana housing complex in Kishnev, Moldova. The first one, "together, supervised", refers to when residents of the complex built gazebos, flowerbeds, playgrounds and flower beds together. The second, "a little kingdom of their own", is described in Rożek's field notes as follows:

"Another spot that drew my attention was the meticulously cultivated front yard garden by the block of flats. We soon found out who was the driving force behind it. People exiting the block would only say: "Maria, 9th floor." No wonder we found our way to Maria in no time. She turned out to be very open to conversation. You can tell that the space she looks after with her sister and her husband is very close to her heart, she talks about it very emotionally. Everything started 10 years ago, when a littered space right in front of the block was designated to be developed into a parking space. Maria rebelled and even though her windows are way above this space (9th floor), she did not want to see any cars parked right outside their front door. She managed to save this space (in the name of the common good) and appropriate it in full (a picket fence was immediately raised) by creating her own private flower garden for her neighbours to admire (she planted lots of roses that exude wonderful smell when in bloom), they are even allowed to stay in it with her consent. However the result is that neither the neighbours, who probably recognize the amount of effort Maria has to put in nurturing it, are not too eager to pitch in and contribute money to buy plants, nor Maria, who seems to appropriate this space more and more, does not feel like encouraging and inviting her neighbours to co-tend to the garden, and then to co-use it. She not only buys the plants, but also gets them by way of exchange with other block-based gardeners."

The issue of the fence draws attention here and may even raise some concerns. How can any fence have positive effect on bonds between the residents?

Maria fencing her block garden seems to represent rather an appropriation gesture, privatization of public space, and brings to mind the issue of enclosing common goods. A well-known American philosopher, Garrett Hardin, in his classic paper The Tragedy of the Commons used an example that, in his opinion, showed the superiority of private property over common property. If there is cattle of different herdsmen held on the commons, then each such herdsman will look after the cattle, and none after the pasture. As a result, the cattle won't have enough food to eat. However, if you divided the commons between the herdsmen, each of them would surely do their best to regenerate grass on their part of the commons. Conclusion — enclosing things that are common is more effective because it appeals to the selfish interest of the owner . Does this example mean that there are things that can be even more detrimental to solidarity among Ciokana residents than Ms. Maria enclosing her front yard garden? David Harvey approaches the issue of fencing differently than Hardin. In his book Rebel Cities he observes: “There is much confusion also over the relationship between the commons and the supposed evils of enclosure”. Harvey continues:

"In the grander scheme of things [...] some sort of enclosure is often the best way to preserve certain kinds of valued commons. That sounds like, and is, a contradictory statement, but it reflects a truly contradictory situation. It will take a draconian act of enclosure in Amazonia, for example, to protect both biodiversity and the cultures of indigenous populations as part of our global natural and cultural commons. [...] So not all forms of enclosure can be dismissed as bad by definition. [...] Enclosure of non-commodified spaces in a ruthlessly commodifying world is surely a good thing."