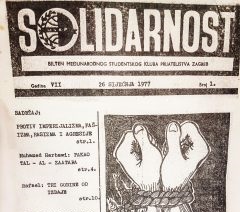 What is Solidarity, anyway? 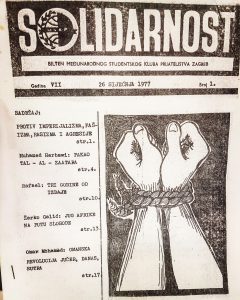 For the past year I have been researching a magazine published by the International Student Friendship Club in my hometown Zagreb. The Club during its activity from 1964 to 1991 in then-Yugoslavia gathered students from non-aligned countries and their local friends, and worked hard to promote solidarity and friendship through a club space, a monthly magazine, collaborations with local institutions, working actions, language lessons, and cultural and sports events.

In 1967 there wer over 4000 foreign students in Yugoslavia, and in 1984 over 1200 of them were just in Croatia, with half of the people coming from African countries. The club was an umbrella for organizations such as Arab Student Union, African Students Union, Kurdish Students' Association, Palestinian Students' Association, Latin American Student Union, and clubs for students from Syria, Kenya, Sudan, Indonesia, Ghana, Somalia, Yemen, Iraq, Ethiopia, Algeria, etc.

The International Student Friendship Club was evicted in 1991, the year Croatia claimed its independence from Yugoslavia. The students resisted the eviction and reoccupied the space, but in 1992 it mysteriously caught a fire and burnt down together with its archive, ceasing its activity. In 2003, Croatia had only 52 foreign students.

The Club's magazine was called Solidarnost (Solidarity). The cover of one of the first issues I managed to find features a call for solidarity by the Arab Student Union asking for blood donations for people of Vietnam, written completely in Arabic script. I had never seen Arabic script in a Croatian publication before.

I remember being 7 or 8 when a classmate asked me why there were no Black people, or any people of color, in our school. Apparently, her mother told her that when she went to school, there was a Black person in each class.

In 2017, few of us started an initiative at our university called Students for Refugees. I had just returned to Zagreb from a refugee camp at the French-English border after spending a few years as an economic migrant in the richer countries of the EU, and the situation with the local solidarity organizing seemed burnt out. The idea was to engage the young, active, and critical part of population in the cause, and to pressure the university into lowering their fees for people with asylum or asylum seeker status. To this day, asylum seekers and asylees in Croatia do not have organized Croatian language education, blocking them from any meaningful participation in our society.

To find out that people from these same countries used to not only study successfully here, but also master our language, earn their diplomas, make their opinions public, lead successful lives, and generously share their cultures and languages with our parents and grandparents - right here! - was like learning that utopia exists.

A utopia that is collective, organized, and made real – to me, that is solidarity. 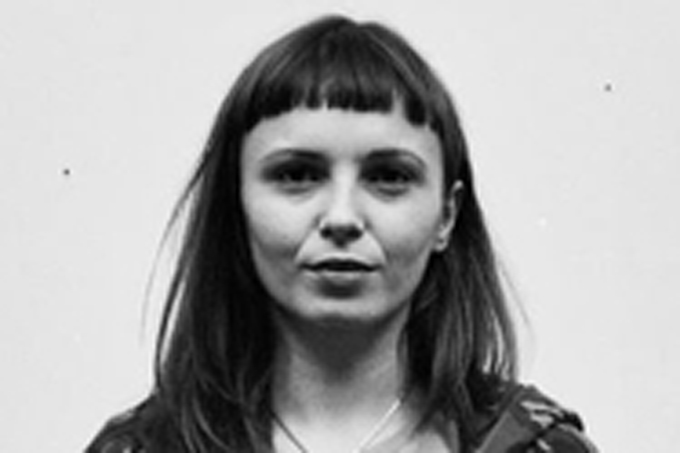 Such a great story!
We want this to be the whole world!

was clicking on tags, are they self-referencing?non-linked?

bdw cool stuff, we thought about starting refuge football club here on Hvar. As they here have a football league with 11 teams, one more would be perfect. Off course all the football players would come with their families, so we could probably have a few great world music bands, and few amazing world food restaurants.

But THEY will never let us.

If somebody at Culture for Solidarity writes about these topics, the tags should lead. You SHOULD start a refugee football club on Hvar! Or to begin, just invite these cool people, including the kids and their families: https://sozialmarie.org/en/projects/7778

Who and why will never let you, the question pops in my mind?Surely the local would love great new musical and coulinary varieties.